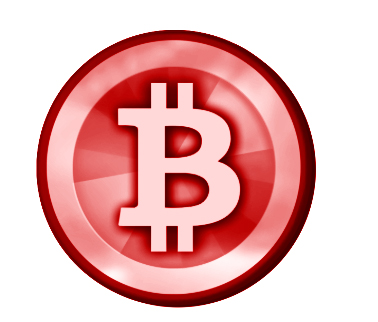 The time had finally come for me to really understand it.  I started by researching blockchain, and then started in on Bitcoin.  It always seemed a bit fishy to me, something never sat right and so I avoided it.  Until now.

Blockchain is an interesting technology, seeming to democratize file storage and reduce system vulnerability to hacks and other cyber attacks.  And it’s supposed to be very anonymous, at least in terms of Bitcoin.  The first site I researched made blockchain sound like a fortress of privacy impenetrable to attack and manipulation.  But what little I knew of Bitcoin always had me doubtful, knowing all I do about banking, finance, and monetary theory.

Like mining bitcoins.  It can only be done with a computer devoted solely to doing the complex calculations to maintain the blockchain, and then the miner is rewarded.  This automatically gives an advantage to people with the means to devote farms of computers to doing nothing but mining bitcoins, not terribly fair nor democratic.  Money creation in bitcoin is not controlled by the needs of government, it is inflexible and therefore cannot expand and contract with the needs of the economy.  Bitcoin miners become the new bankers, extracting a form of “interest” for doing the “mining”.  Which they don’t do, their computers do, they just need money to buy such a computer.

As I researched further I found there are of course scams and imbalances.  Massive farms can dominate the network and start dictating the flow of information.  A few years ago a company got 51% of the network, and currently two Chinese companies control over 50%.  When a nation notorious for control over commercial enterprise starts getting control over a global currency there is a BIG problem.  There are other tricks too, to ensure your computer gets ahead in calculating the next few blocks.

It was also interesting to find bitcoin is quite political, beloved by Libertarians for its anonymity and supposed democratization of money.  It has a darker side to that anonymity, criminals have been trading in bitcoins to keep their transactions secret.

But now it has been revealed that bitcoins can be traced back to an IP address!  So when push comes to shove it’s not as anonymous as everyone thinks and criminals are being busted.  Not to mention the records of bitcoin in blockchain means every single bitcoin can be traced to its original miner.

Bitcoin mining is also an incredible waste of resources.  The computers necessary to mine bitcoins are expensive and run hot, and companies are devoting massive amounts of hardware and energy into “mining” a digital currency.  Seems a lot of that could be better spent doing something productive.

Add to this that it seems the blockchain is hitting limitations due to its increasing size, and that mining for new bitcoins takes more and more computational power as the chain gets longer, and soon bitcoin may have hit its maximum output.

In the end, as far as a monetary instrument, bitcoin fails on a number of levels.  First and foremost, its supply cannot be adjusted for the needs of the economy, there is no way to use some of the stabilizers of monetary policy the government uses to ensure a stable currency and manageable inflation.  Second, it is unfairly created by people with the resources to buy and power a computer designed solely for bitcoin mining, it has no other purpose.  Lastly, it is vulnerable to attack and susceptible to manipulation.  Hackers or powerful companies cannot easily hack or take control of our money supply or bank records currently, while bitcoin, especially being less regulated, is open for taking advantage.