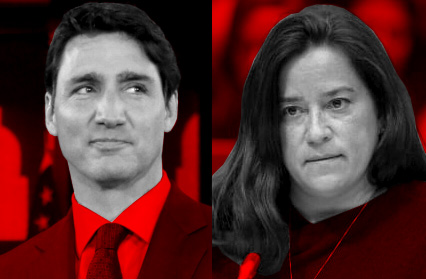 Seeing as the SNC-Lavalin scandal has everyone excited in an election year, and there is a ton of information, history, and varying views, we thought it prudent to write a post that details the whole story in a linear fashion.

Our information comes mainly from these articles:

And that about sums it up. There is one interesting side note to the articles above, that actually helps blow away a commonly held conspiracy theory: that the CBC only does the bidding of the government of the day, casting them in a golden light. Well, if those damning articles don’t wholly refute that I don’t know what else will. Those CBC articles could very well lose Trudeau the election, so ANY notion that the CBC is just a government mouthpiece should be put to rest.

There are some other tidbits worth mentioning, showing just how cozy a relationship SNC has with many government players, like the fact Supreme Court justice Frank Iacobucci, acting as lawyer for SNC at the time, also added pressure. If that’s not enough, another retired Supreme Court justice waded in with another supporting document for the PMO. Other than Wilson-Raybould, who doesn’t SNC control?

Finally we must address one of the detractor articles, where barrister David Hamer attempts to pick apart the supposed faults of the ethics report. Straight out the gate, one must acknowledge what a shameless die hard supporter of the Liberals Hamer is. He’s one of those ideological dyed-in-the-wool Liberals that will cheer for their political gang no matter how shady they act. Just look at his Twitter page, rife with blind support for a long-corrupted party.

The main issue with Hamer’s article is it’s simply a distraction, a lame attempt to run interference and try to diffuse and dispel the stink of Trudeau’s clear and unambiguous violation. His claims of a “predetermined conclusion” are quite ironic, as it seems that’s what he started with, the conclusion his hero Trudeau is blameless, and then worked to debunk the report based mostly on semantics. Excerpts like this “The Conflict of Interest Act is meant to prevent the improper furthering of private interests by elected politicians, not to control interactions between politicians and attorneys general” are particularly telling, as in light of the full history there is no better way to describe Trudeau’s actions than “the improper furthering of private interests by elected politicians”. His supposed distinction falls rather flat.

His semantics games with the word “improper” show just how great a lawyer he must be, because only a lawyer could twist the reality of those words to such an extreme it garbles their meaning to the point of doubt. Point in case:

The word “improperly” is key — it modifies the words “further another person’s private interests,” not the phrase “seek to influence a decision.”

On the commissioner’s interpretation, it is as if the word “improperly” were moved, so as to read: “No office holder shall use his position to seek improperly to influence a decision so as to further another person’s private interests.”

See, Hamer wants to distract you from the actual law to claim some interpretation that changes the purpose or focus of that law. When really, one need only take “No public office holder shall … seek to influence a decision of another person so as to further the public office holder’s private interests” at face value as it applies perfectly to Trudeau. He made it about Quebec, and Quebec votes in his Quebec riding. No more obvious use of public office to further private interests could exist.

Hamer then continues on, demonizing and projecting his own version of Wilson-Raybould’s actions as “unreasonable”, from an highly subjective point of view. So, an AG subjected to unusual pressure from multiple people from the PMO including the PM himself, to utilize a brand new and untested law THAT THE COMPANY IN QUESTION LOBBIED FOR, is somehow “unreasonable” in her resistance? Or that it is not within her purview to act as such, wanting to ensure massive multinational corporations face consequences for their actions? That the only way for her to be considered “reasonable” would have been to roll over to the pressure?

The most shocking of Hamer’s fallacious logic though is the complete and total dismissal of SNC’s intense lobbying for the DPA that saw them get a piece of legislation passed just for their specific needs. Hamer seems to think context is meaningless and that we shouldn’t bother paying attention to how the DPA law came to be. Now who’s being unreasonable?

All in all, Hamer’s lame duck attempt to deflect from the PM’s wrongdoing by projecting onto and demonizing Wilson-Raybould makes him look no better than the biased partisan shill he clearly is. He really exemplifies just how many high level cronies the Libs have in their pockets.

The conclusions are obvious:

No matter how you shake it, we are electing the neoliberal representatives of the corporate oligarchy and it’s driving us into the ground. This election, vote something other than Lib or Con, maybe find a “reasonable” independent to vote for.